Recently Virtual Reality has been getting the support and funding that it needs to become a reality. Facebook announced its acquisition of Oculus VR in March of 2014, buying the company for about 2 billion dollars. Sony also decided to test the waters of VR by announcing "Project Morpheus" in March as well. Samsung partnered with Oculus VR in order to create Gear VR, which uses a Galaxy Note 4 as the display and processor (not included with Gear VR). Google decided with all the hype of virtual realty headsets it would also make one, however this is by far the cheapest option (assuming you have access to a smartphone). Google's option for VR is Google Cardboard, which is just that. Cardboard is a template and a how to guide to build your own VR headset using some cardboard, rubber bands, Velcro, a phone and some lenses to help your eyes focus on the screen. This option is only as expensive as the cost of the materials and Google even officially supported using an extra large Pizza box as your cardboard.

How does 3D work?
The 3D effect that all of these head mounted displays (HMD) use is called stereoscopic 3D. What this does is displays an image to your left eye and a slightly different image to your right eye. To do this each eye looks at a different image, in this case different halves of the screen, which is then focused through a lens so you can see the image that is so close to the eye. This is the most immersive of the types of 3D. 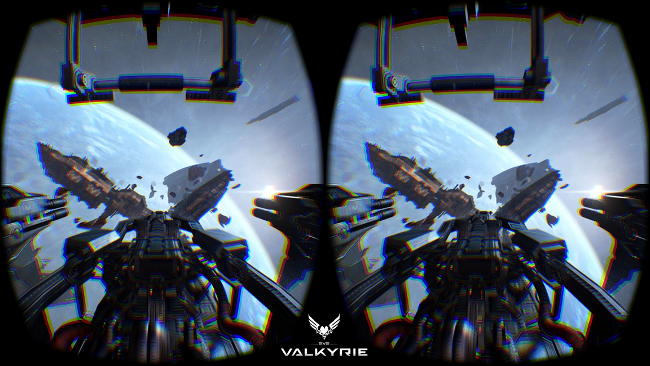 Some other types of 3D that have been popular are 3D Anaglyph, active shutter, passive 3D, and Glasses free which used the red and cyan lenses.
3D Anaglyph was popular with movies such as Spy Kids 3D and other movies because it was inexpensive for the end user. It could use a standard television and only required colored lenses to create the 3D effect. The downside of 3D anaglyph is that the colors tend to be distorted.
Active Shutter requires expensive glasses ($50 to $200) that will alternate a shutter so only one eye can see the television at a time. The television will then display images alternating between what the left and right eye should see. This requires the television to be of a high refresh rate, as the effective refresh rate to each eye is halved. The disadvantage of these is that some people may get headaches after extended use and about 10% of people cannot actually see the 3D effect.
Passive 3D uses much cheaper polarized lenses to filter an image so each eye receives the different image. The display will alternate the horizontal pixels to give the different display, and the glasses filter this. The disadvantage to this is that the effective resolution of the display is halved and the viewing angles are severely limited. With the advantage of very cheap glasses, with great color accuracy and a brighter image than some of the other types of 3D.
Glasses free 3D uses a parallax effect on the display similar to that of the images that change based on the viewing angle. This like the passive 3D cuts the resolution in half, but the greatest advantage is that glasses are needed. However the user must viewing from a sweet spot to actually see the 3D effect. This means that multiple users will not be able to see the effect at once.

Only High-Res Here
Similar to that of passive 3D and glasses free 3D, the stereoscopic 3D used in these HMDs also cuts the effective resolution of the display in half. With the screen so close to the user's face this lower resolution can lead to a "screen door effect" 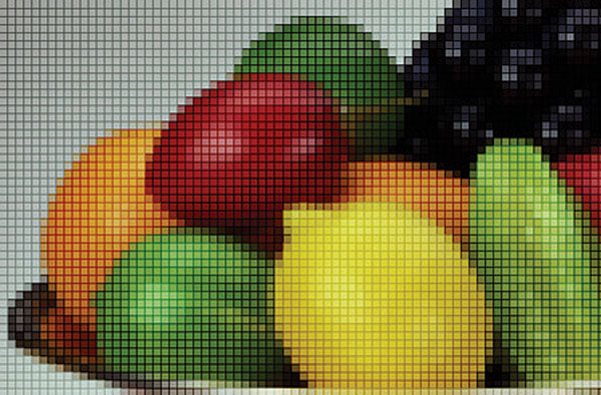 This is where phone manufactures like Samsung have been so helpful for 3D. They have refined the manufacturing process of high pixel density displays so that the screen door effect is reduced in the latest prototypes of the Oculus Rift. Fun Fact: The Oculus Rift development builds have actually been using the display from a Samsung phone.

Watch These Moves
The motion tracking that most of the HMDs will use is a type of IR tracking. There are infrared lights on the headset that a special high refresh rate camera will track and translate into 6 degrees of freedom with numerical values for each axis of movement. This technology has been out for a few years now with a device called TrackIR developed by NaturalPoint. This has been extremely popular in flight simulators, racing games and combat based games such as Arma.

Lag Kills
In order to achieve a good good virtual reality experience everything much happen with very low latency. Having any sort of lag between when the user moves their head to when the headset displays this motion will break the sense of presence and immersion that virtual reality strives for. Nvidia developed a technology called Asynchronous Warp that will combat the latency by displaying a slightly warped image before the next frame actual is rendered by the computer. 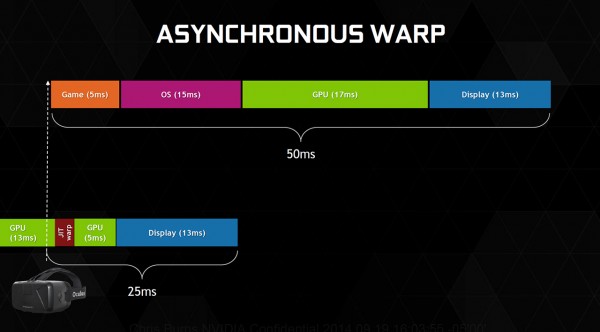 Can't Be Too Fast
While developing the Oculus Rift, the developers discovered that having a low refresh rate on the screens caused many users to experience nausea. Therefore they have been trying to push their displays to a higher refresh rate, currently the development build sits at 75hz. The problem comes when something such as a game is being played, which requires a lot of graphics processing power from the system trying to run the virtual reality experience at such a high refresh rate. The processor will not only have to render the scene, it will have to do this at a very high refresh rate, high resolution and also keep latency low enough to avoid the user to become nauseous.

It All Comes Together
Having all of these factors come together into one device creates many issues that are finally able to be overcome. Previous attempts to create a virtual reality experience were limited by graphics performance, resolution and latency. But with the backing Mark Zuckerberg and Facebook other manufactures have joined the push to create VR a reality. Nvidia the largest manufacturer of graphics processors is backing VR in multiple ways with their most recent GPU architecture Maxwell. This helps to achieve the required latency resolution and push the millions of pixels needed for the high resolution displays. The pixel race that phone manufactures are in has led to the pixel counts that are needed for the displays to reduce the screen door effect. And the infrared motion tracking has been researched and refined by companies such as NaturalPoint with TrackIR and has become very popular among many simulation enthusiasts.
In short, all of the pieces to create a good virtual reality experience are here, and companies are finally putting them together.